Systems Engineering (SE) became recognised as a distinct activity in the second half of the 20th Century, driven by the American efforts on ballistic missiles, nuclear submarines, and the space programme. In that era, which I think of as “the first age” of systems engineering, the system of interest was regarded as pretty much a closed system. It had a clear boundary, and limited interactions with the “rest of the world”, which was an infinite source of resources, and an infinite sink for waste. So the first age of systems engineering could be characterised as “closed systems in an infinite environment”. !

Towards the end of the twentieth century, systems started to interact with each other and form “systems of systems”. So the design paradigm had to shift to recognise most systems as open rather than closed. So the second age of SE was “open systems in an infinite environment”. But our environment isn’t infinite. Man-made systems now span the planet, and interact with each other on a planetary scale. Our planet is the source for all our resources except for solar and tidal energy; and it is the sink for all the waste we produce. This has led to a new focus on sustainability, environmental concerns, resilience, and discussions on governance of planetary scale systems. So we are now in the “third age of systems engineering – open systems on a closed planet”.

What does this mean for the design community? Some obvious factors include a need for efficiency in the way we use energy, materials and other resources. Other factors are perhaps even more far reaching. The pace of change is increasing. It took a century for cars to saturate the market, 30 years for televisions, not much more than ten for mobile phones, and five for smartphones and tablets. Information grows and circulates in a way unimaginable a few decades ago. This creates massive and increasing cognitive overload, and massive opportunities to leverage information to create value and societal benefit. And it creates massive risks – how do we manage and mitigate unintended consequences of system interactions we don’t fully understand, and maybe don’t even realise exist?

How do we apply and integrate what we know in our different communities to improve our ability to respond to these problems and opportunities? As systems become more interconnected, we need to become better at doing and describing system architecture. The paradigms now used by the SE community to formalise system architecture draw heavily on the paradigms developed by the design community from the 1970’s to the 90’s. The International Council On Systems Engineering is reaching out to many other bodies in a spirit of collaboration to improve the way we apply wider knowledge to systems engineering, and improve the way we apply systems engineering to wider problems.

The presentation will spell out some of the challenges, and show some snapshots of how the Systems community with a special focus on the Nordic region is trying to approach them. Samples from “non-traditional SE” industries such as transportation, automotive and healthcare will be presented. 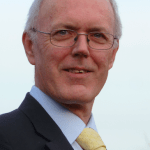 Hillary Sillitto is an internationally recognised expert and thought leader in systems thinking and product development engineering. He is based in Edinburgh, Scotland. Read his profile on LinkedIn: http://uk.linkedin.com/in/hillarysillitto/

Tom Strandberg has applied systems engineering for more than 20 years In different domains such as automotive, transportation, defence, manufacturing and development aid. He is an active member of INCOSE since 1998, has held different leadership positions and is the President of the Swedish Chapter. He was part of the review team for ISO/IEC 15288 and has trained on the standard and its application since 2000. In addition to be a trainer on SE, Tom is a principal consultant on Systems Life Cycle Management at Syntell AB. Tom holds a Master´s degree in Systems Engineering from Virginia Tech and an MSc from the Royal Institute of Technology in Stockholm. 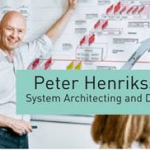 Peter Henriksson graduated from KTH Royal Institute of Technology in 1993 with a Master’s degree in Engineering Physics. After having worked as a research engineer at the Institute of Optical Research, he joined Micronic Laser Systems AB where he has held multiple positions within R&D and Product management. He managed the systems architecture and design group for several years and was also chief engineer for their photomask writer product line. Since four years Peter has been a consultant within systems engineering.